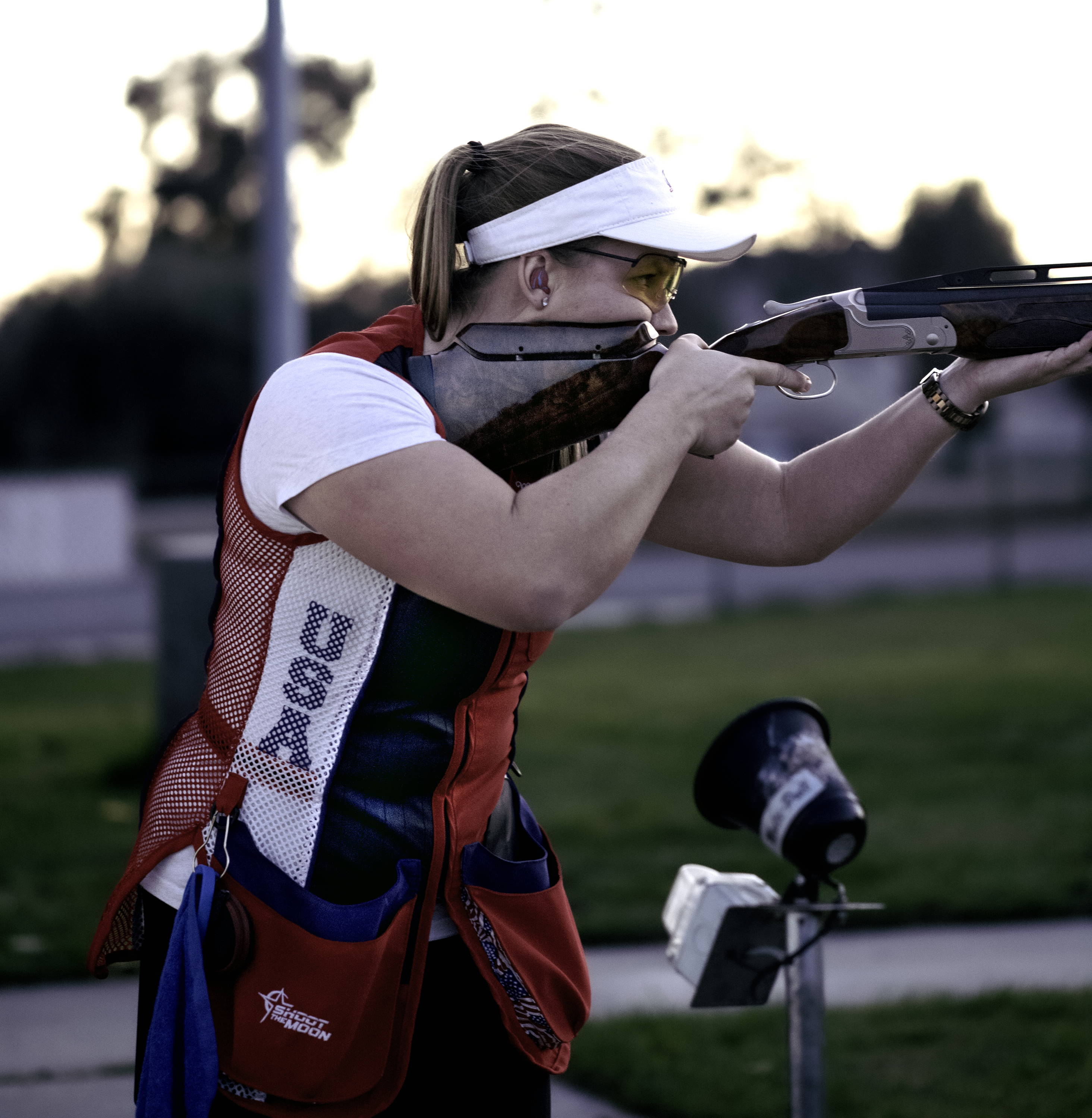 In a sport where a fraction of an inch can be the difference between winning and losing, shooters are always on the hunt for top-tier equipment that will give them that edge when it matters most. That’s why in August 2021, RE Ranger launched RIACT A.I.™—the first-ever shooting lenses created through artificial intelligence.

So far, the RIACT A.I.™ Bright Light, RIACT A.I.™ Mid-Light, and RIACT A.I.™ Low Light lenses have been a hit amongst the sporting clay community—the clarity, enhanced depth perception, and natural field of vision are unlike anything shooters have experienced in a lens before. However, for RE Ranger to claim that RIACT A.I.™ is the most versatile shooting eyewear on the market, we sought out the RE Ranger Pro Staff for the final seal of approval.

With 33 World Cup wins and 6 Olympic medals, there's no doubt that Kim Rhode has cemented a legacy as one of the best skeet shooters of our generation.

It goes without question that Kim has seen it all in our sport, but when she looked through the RIACT A.I.™ Bright Light lens, she was floored by how advanced the technology was; she had never seen a clay target pop like that before.

As the sport has progressed, Kim has constantly sought innovative equipment to keep her at the top of her class. And the RIACT A.I.™ Bright Light lens is exactly what Kim and Olympic athletes alike are adopting on the international circuit.

“I’ve been shooting for 33 years and the RIACT A.I.™ lenses are by far the best lenses I’ve ever shot with.”

“I’ve been shooting for 33 years and the RIACT A.I.™ lenses are by far the best lenses I’ve ever shot with.” 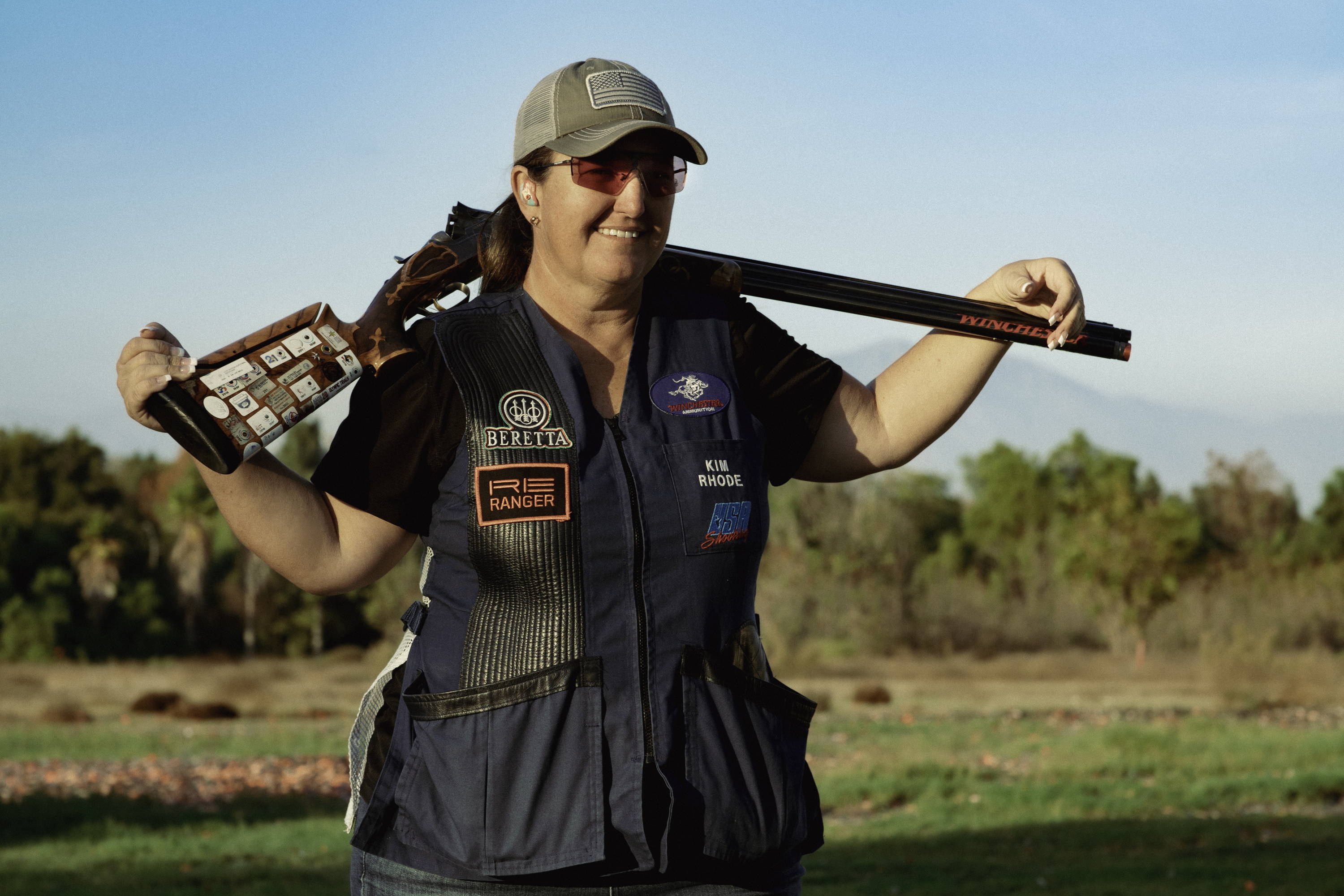 When you're a sporting clay road warrior like Chad Roberts, it's not uncommon to navigate a kaleidoscope of lighting conditions—especially when you're shooting multiple events in one day.

As soon as Chad Roberts steps into the stand, he's locked in and focused on dusting that dead pair—the last thing on his mind is whether or not he needs to change his lenses. With the RIACT A.I.™ Mid-Light lens, don't worry about varying light because you will have a lens that provides the highest level of clarity and target visibility no matter what conditions you traverse.

Stay rad like Chad Roberts in all lighting conditions with the RIACT A.I.™ Mid-Light Lens. 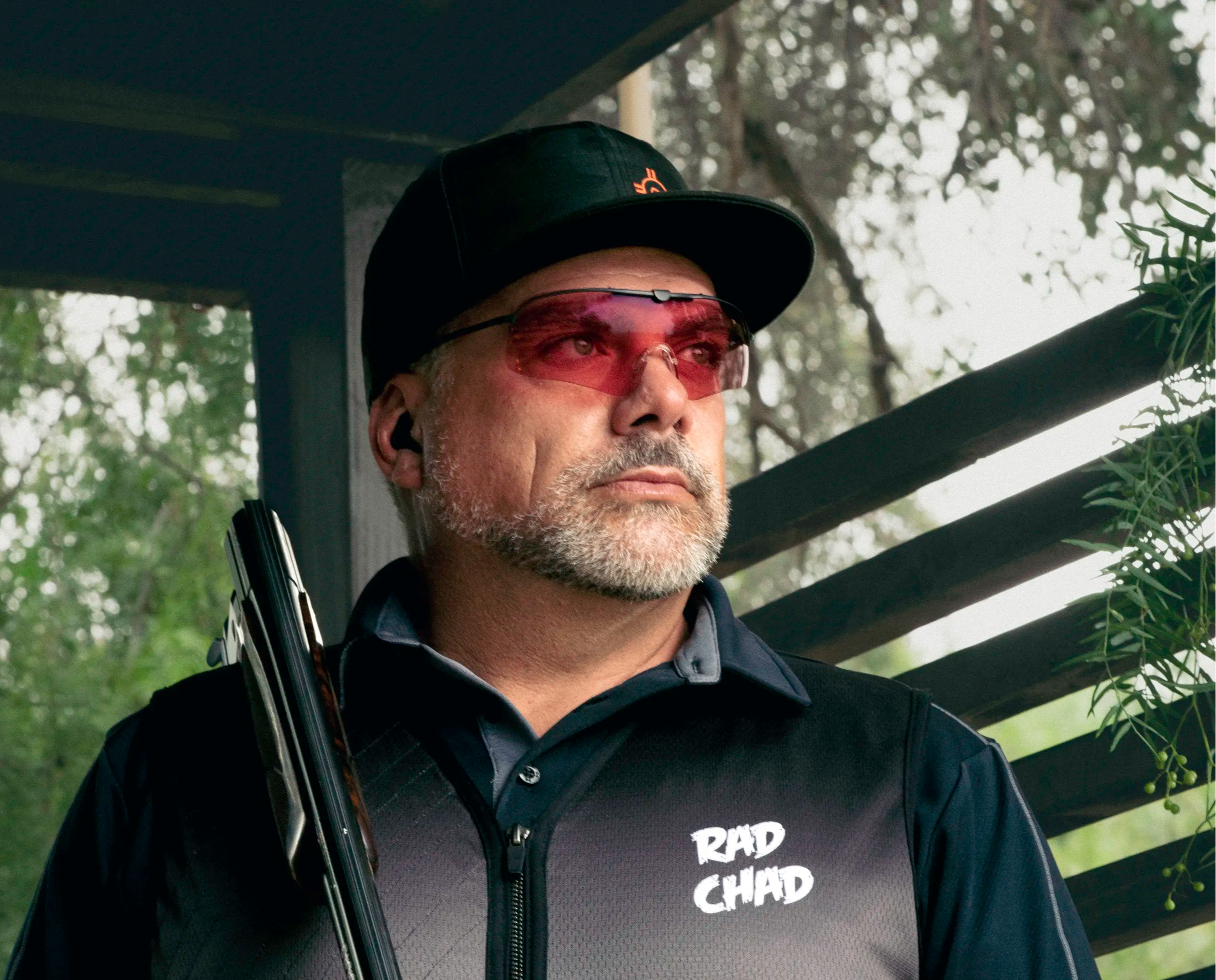 “With the RIACT A.I.™ Mid-Light lens the clarity has me picking up the target sooner, I don't get any eye fatigue, and I don't have to change my lenses in changing light, which is great because now I can focus on what I'm trying to do—win.”

Being an international trap shooter on the grandest stage, Olympic medalist Maddy Bernau spends countless hours honing her craft at the range—often shooting rounds well into the evening.

As daylight fades, so does the clay target into the background, making it challenging to keep your scores up—even for an Olympic athlete like Maddy. However, armed with the RIACT A.I.™ Low Light lens, your field of view will be immediately restored with light, providing contrast between the target and background as well as target clarity.

Thanks to RIACT A.I.™ Low Light, Maddy Bernau has more time to practice so she can stay going for gold in the 2024 Olympics in Paris.

“The RIACT A.I.™ Low Light lens heavily illuminates the background allowing for the target to really pop in low light conditions. It’s like someone flips a switch on and the light comes right back into my eye.”

“The RIACT A.I.™ Low Light lens heavily illuminates the background allowing for the target to really pop in low light conditions. It’s like someone flips a switch on and the light comes right back into my eye.”

If you have yet to experience RIACT A.I.™, you can learn more on the RIACT A.I.™ landing page, which explains how artificial intelligence has created the most versatile shooting lenses to date. Separate yourself today with RIACT A.I.™.

is added to your shopping cart.